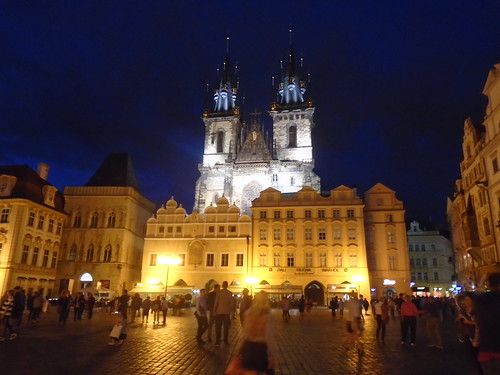 The medieval city of Prague was spared the wholesale destruction suffered by many other European cities during World War II and has kept and restored most of its impressive 18th and 19th century architecture. It is a remarkably beautiful city today. In addition to the Prague Castle (largest in Europe) and St. Vitus Cathedral (built on the castle grounds to commemorate the Bohemian “Good King Wenceslas”, who died in the 10th century) Prague consists of block after block of elegant and sophisticated architecture, mostly from the 19th century. The many neighborhoods of Prague have a livable, leafy feel to them and remind me a lot of the Upper East Side of Manhattan, with tiny jazz clubs and an outdoor cafe society. I loved it.

For a few more photos from around Prague, click here.