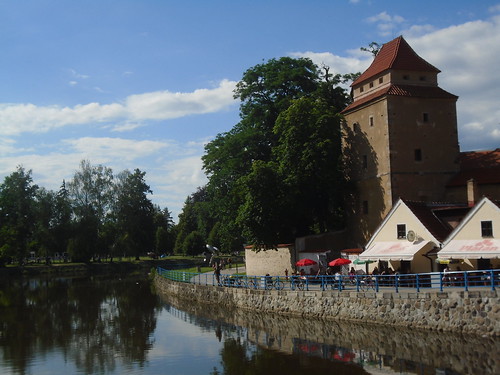 CESKE BUDEJOVICE – Established by the King of Bohemia in 1265, it became a Catholic stronghold during the long years of religious wars involving the (Catholic) Habsburg monarchy. Click here for more pics. 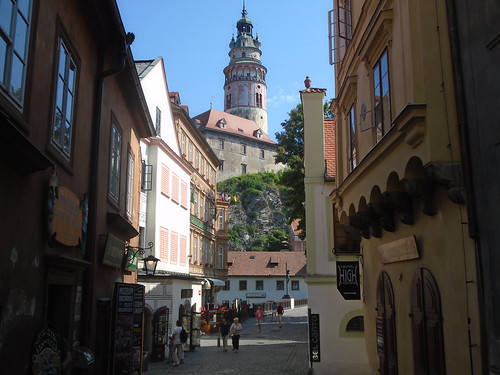 CESKY KRUMLOV – Probably the most visited town in the Czech Republic, its impossibly beautiful and well-preserved medieval quarter and castle are a joy to spend time in.   Click here for more pics. 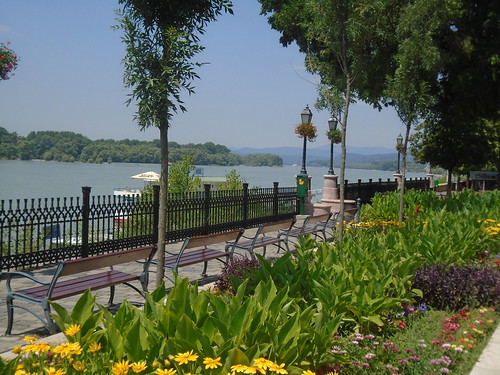 VAC – A quaint, picturesque village dating from Roman times (4th century AD).  Vac is located on the banks of the Danube about 30 miles north of Budapest.  In 1241 A.D. the Mongols, as they were wont to do, burned down the town and slaughtered every person they could find.  The town was later re-settled by Saxons from northern Germany.  In the evenings, the promenade along the river is filled with folks enjoying the unbelievable summer setting.  Click here for more pics. 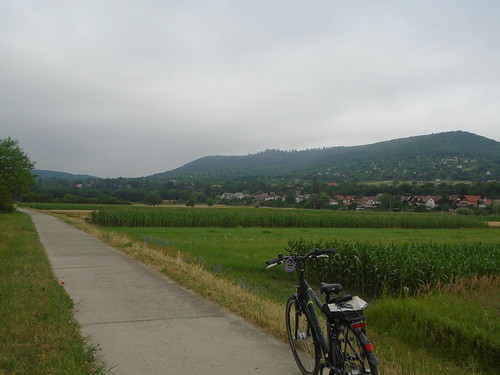 I TRY OUT THE EURO-VELO!   The EuroVelo is a network of long-distance bicycle routes in various stages of completion that criss-cross Europe. There’s currently over 27,000 miles in place. When I discovered that the EuroVelo passed RIGHT IN FRONT of my hotel in Vac, right on the bank of the Danube, I couldn’t resist trying it out.  The owner of the hotel graciously offered me his bike to use and I left at 6 the next morning for an 18-mile ride.  Brilliant idea!  The  track doesn’t just follow the river’s path, sometimes it angles off to go through dense forest or across the back end of a large farm or through a small village.  It was beautiful!  I’m definitely thinking about a long-distance bike trip next.  Click here for more pics. 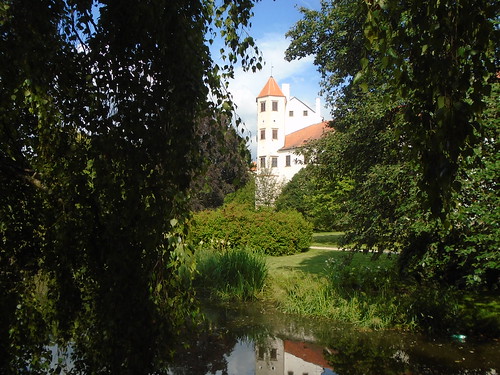 Telc is a well-preserved 13th-century town in the former kingdom of Moravia in southern Czech Republic.  The setting of the castle, built (in the 1380′s) to protect the trading routes between Bohemia and Austria, is something out of my grand-daughters’ fairy-tale princess books.  Click here for more pics. 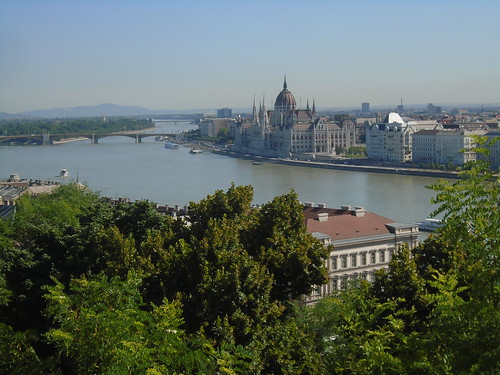 Every street in Budapest is lined with trees.  It’s the first thing you notice.  And it gives everything a pleasant patina, an agreeable backdrop to just being in the city.  My days here were in perfect summer weather – low 80′s, mild breezes, a few cumuli here and there.  The stately and elegant architecture goes for blocks in every direction and makes just walking around town an addicting activity.

Budapest was  pretty much bombed to a pulp by the Allies in World War II but the rebuilding in the 70 years since has been faithful to the original Habsburg-era residential designs.  More significantly, the 25+ years since the collapse of the Soviet occupation has seen virtually all of the dreary and ubiquitous Soviet block housing demolished and replaced.  This contrasts quite sharply with the present-day situation in two other post-Soviet capitals – Sofia and Bucharest – where the block-housing presents quite an eyesore in many of their urban neighborhoods.

Another interesting contrast with those other two post-Soviet capitals is the willingness of the Hungarians, both on the street and in the media, to call the Soviet occupation what it was – brutal oppression.  While in Bucharest and Sofia there are still pro-Russian sentiments popping up in conversation and in media, the Hungarians and the Czechs are not ambivalent – the Soviet era was a crushing of their national spirit.  Considering that both these countries mounted the only armed and determined resistance to the Soviets (Hungary in 1956 and Czechoslovakia in 1968), it’s easy to understand their lingering animosity.

Here are a few photos from around Budapest.  It’s an extraordinarily beautiful city, one which you need to see to believe.  The picture-perfect setting on the Danube is just icing on the cake.

On the “Buda” side of the Danube stands the enormous Budapest Castle complex.  The castle is still used as the President’s residence as well as for many of the municipal and national government functions.  Check the pics, the view is amazing!