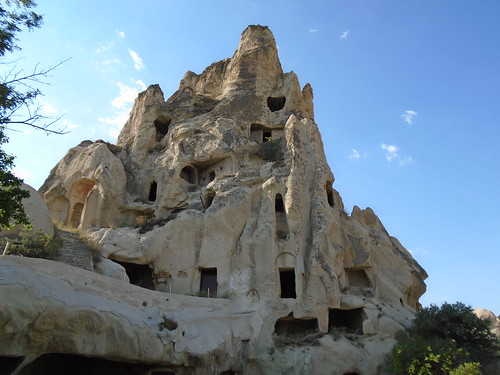 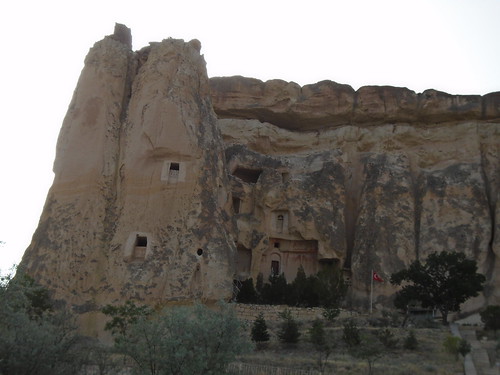 There’s an area of Cappadocia, about the size of Manhattan, that over millions of years has evolved these unusual formations of soft, volcanic rock.  The landscape  reminds me of Flash Gordon and the planet Mongo.  In the early years of Christianity, the faithful carved out about 30 churches from this rock (see Photos), as well as numerous monasteries and places to hide from the Romans, the Seljuk Turks, the Mongols and the Saracens, pretty much in that order.  Walking inside these unbelievable labyrinths gave me claustrophobia. 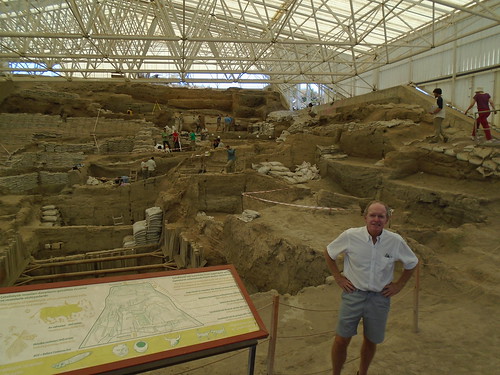 This is a picture of me directing the archeological excavation at Catalhoyuk, a 9,000-year-old human village about 200 miles south of Ankara.  It was nice of them to let me take over the operation for the day and I give full credit to my team for the success I enjoyed that day.  Right after this photo was taken, I turned to my team in the background to encourage them in their work.  Taking up my bullhorn, I shouted “Dig deeper, o children of Priam!”

And you know what, that’s just what they did.  Call it leadership, call it  textbook management, whatever it was we were certainly firing on all cylinders that day. 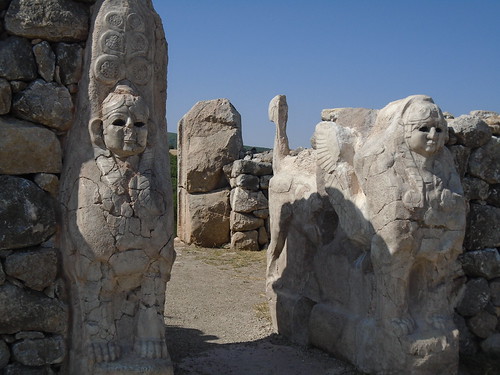 This was second on my list of must-see places in Turkey.  Hattusa was the ancient capital of the powerful Hittite empire between about 1800 – 1250 BC.  The Hittites are mentioned frequently in the Bible as equal in power and influence to the then-dominant Assyrians, Egyptians and Babylonians.  At one point the Hittite empire spread across nearly all of present-day Turkey and northern Syria.  An interesting theory occasionally tossed up for discussion is that the Trojans described by Homer in the Iliad were actually Hittites.  The geographical area and the timing are a perfect match for the archeological record and the possibility of that connection  is pretty exciting.  Well, to some of us anyway. 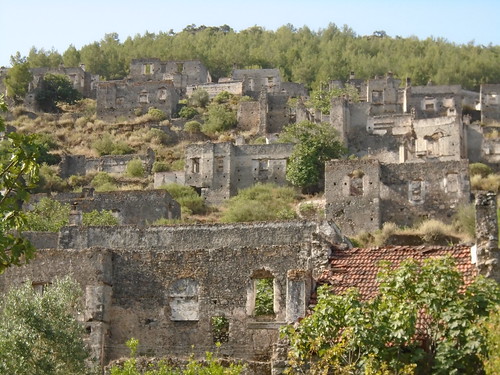 Karakoy is a ghost town near the southern coast of Turkey consisting of nearly 500 more or less intact residences, churches and commercial buildings.  It was abandoned by the entire Greek Christian population of about 3,000 as part of the infamous Turkish-Greek population exchange of 1923.  Walking through it is a sad experience, particularly with the crush of souvenir stands at the entrance and guys offering to take you on a camel ride through the somber streets for only 10 lire. 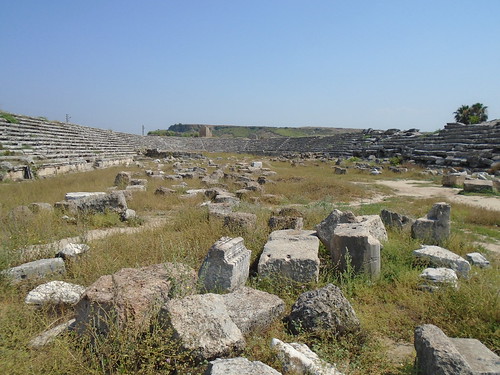 St. Paul and his travelling pal St. Barnabas visited Perge twice according to the Bible and today Perge consists of extensive Greek and Roman ruins plus a Bronze Age Acropolis dating from about 2500 BC. 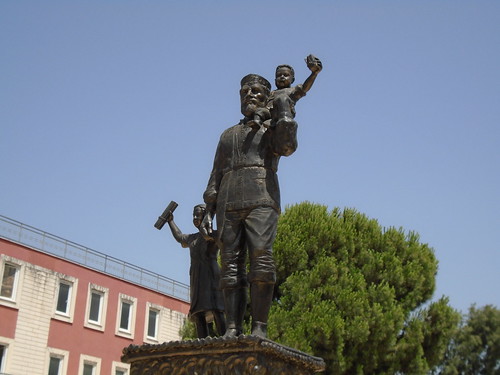 For you flinty cynics who think jolly old St. Nick is just fine for the youngsters, here’s proof your o’erweening attitude just plain sucks.  St. Nicholas was the Bishop of Myra during the 4th century and is still a runaway best-seller in the Russian Orthodox Church.  While I was there, a busload of Russian tourists waited in line to view his relics, some wiping away tears of joy at the experience.  One Russian gentleman, about 60 years of age, actually pressed his lips in ecstasy to the clear plastic enclosure and appeared to be on the verge of collapse.

MORE PHOTOS of St. Nicholas’ tomb and ruins of Myra 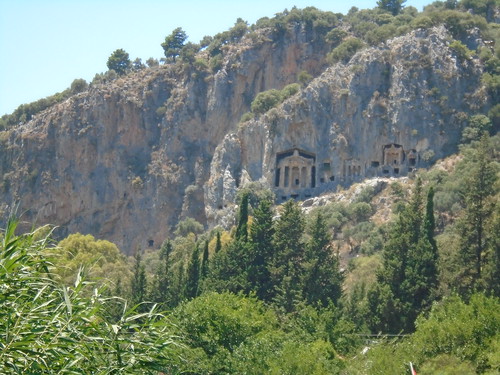 There are quite a few of these intricate rock tombs cut into hillsides throughout ancient Lycia, a mostly coastal area in what is now southwestern Turkey.  The tombs date from the high point of the Lycian federation, about 700 – 500 BC.